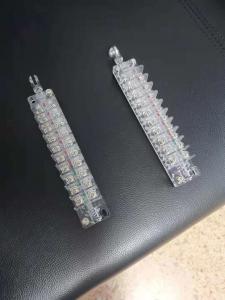 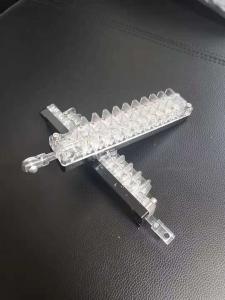 2.The shaft of the handle is mounted in the hole of the mechanism, the other end of the shaft passes through the hole in the drawer cabinet, the handle of the rotating handle is mounted on the open end of the valve on the door of the set, and the round or square seat of the handle is fixed with screws. This installation allows the operator to turn the handle clockwise or counterclockwise outside the door to ensure that the circuit breaker is closed or divided. At the same time, turning the handle ensures that the door can not be opened when the circuit breaker is closed.

3.The door of the switchboard can be opened only if the turning handle is divided or re-buttoned. In an emergency, the circuit breaker is located at & quot; Close & quot; When you need to open the door, you can turn the red release button around the handle seat.

4. Auxiliary switches are part of the main switches, which are used in power equipment such as high or medium voltage circuit breakers, isolation switches and so on. The auxiliary switch has & quot; Help & quot; Two words, because it is not an independent switch, it is in the control system is an auxiliary broken, connected, interlock function realization carrier.

Thank you! Your message has been sent to the following suppliers.